Keeping Up with the Rugby Fans in APAC 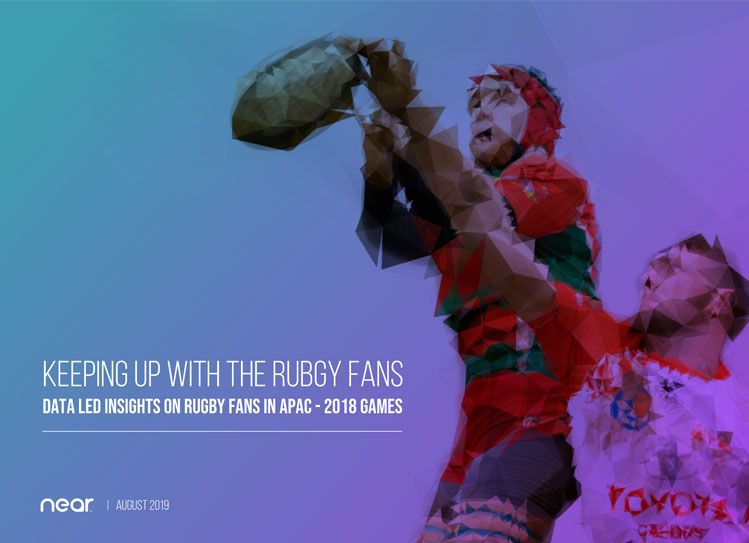 The upcoming Rugby World Cup 2019 in Tokyo, Japan, is forecast to have a record-breaking 40-million viewers watching the opening game in-stadia and on broadcast media. According to World Rugby, this first-in-Asia international tournament is anticipated to reach over 800 million households, surpassing the last tournament of 2015 in England.

The World Rugby in partnership with Legends recently launched its flagship megastore selling merchandize in Tokyo along with 73 smaller stores. These merchandising stores will feature apparel for men, women, and children, must-have gifts, and fun and immersive experiences for fans.

Ahead of the World Cup 2019 tournament, we analyzed real-world behavior of Rugby fans seen at tournaments in 2018 in the Near platform. If marketers have access to this intelligence, they can spend their budgets better, optimize partnerships, provide customized experiences and do effective advertising and marketing to attract fans, both online and in-store.

Some interesting insights of fans seen at 2018 Rugby games:

Some key questions the study will cover: